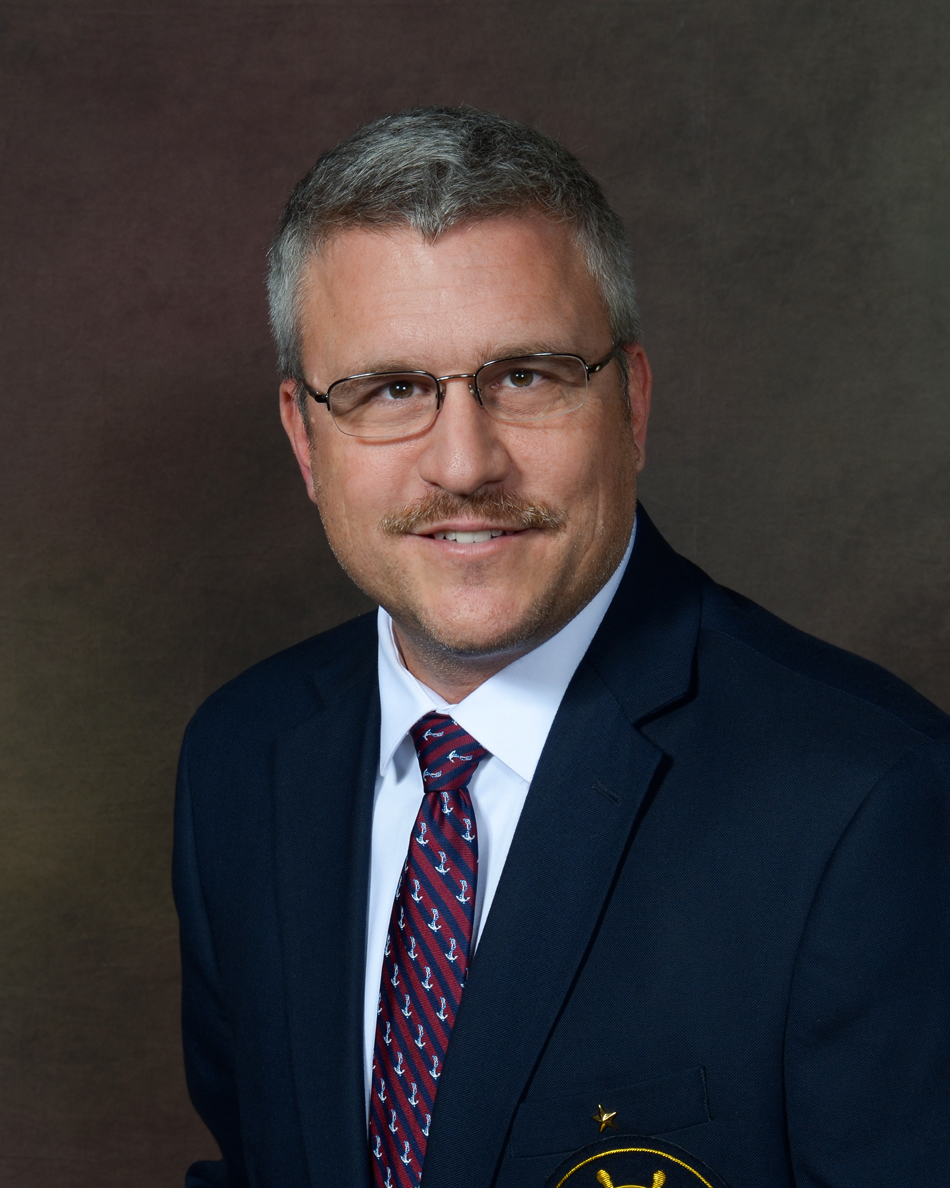 John is the oldest of three boys in his family, even though only a few minutes older than his twin brother Joe. His youngest brother, Jeff, lives with his family in Arizona. His parents, Mark and Rosemary, now retired, spend time in Essexville, East Tawas at their fifth wheel and Arizona. John is very proud of his son, Christopher, soon to be 27 he’s a frequent face on the boat and around the club.

After graduating from Garber High School in 1989 and attending Delta College, John embarked on a 31-year career (so far!) as a paramedic and firefighter. His desire to fight fires began at the age of 12, when his family home burned down –fortunately, no one was hurt, but the experience left a deep impression on John when, then Fire Chief Jack Parrish, knelt and wrapped his coat around John standing in the street around 2am on that February night. Currently, John is a paramedic/firefighter for the City
of Detroit Fire Department. He worked most of his career in Bay City and Saginaw. A wide variety of positions held by John include: Supervision, EMS Educator, as well as a Director of Operations overseeing Saginaw, Bay, and Tuscola counties. He Spent four years working at Ferno-Washington
developing and implementing EMS safety systems, in addition to working with customers.
In his spare time, John served six years on the Essexville Planning Commission and six years on Essexville City Council.  John worked FEMA EMS deployments for Hurricanes Rita, Ike, Gustav and Super Storm Sandy. During those deployments he worked in positions ranging from transporting patients, to triaging injured people in a gymnasium following a hurricane-related tornado, to being a transport officer overseeing the deployment of 500 ambulances in East Texas. John also served as a strike team leader for 50 medics and 25 ambulances during deployments in Texas, Mississippi and New Jersey/New York.

John’s appreciation of boating and the water most likely began when he would go fishing on the Saginaw
River and Saginaw Bay with his grandfather, Jim VanTol. His grandpa actually hand built their fishing
boat – a wooden boat he built from plans he ordered by mail. He did the lofting and construction in his 1½ car garage on Borton Avenue in Essexville during the 1950’s. John’s love for recreational boating and the yacht club were cultivated through a friendship with PC Bob Kinney. Bob shared a lot of knowledge and experience with him as a young man. They would take a ride out to the club during the 80’s and John would help him adjust the circulators during the winter. He also did his part in washing and polishing Easy Livin and the Triple Dip, as well as learning how to maintain the mechanics of a boat in those days. Currently, John’s boat is a 2001 270 Rinker Fiesta Vee, an express cruiser which he has owned since 2004. John definitely is not just a Beach/Bay cruiser– he is proud that his boat has traveled on every Great Lake except Ontario. His favorite trips include Leland, MI and the Manitou Islands, Put-In-Bay, as well as the North Channel, Benjamin Islands and of course everyone’s favorite, Mackinac Island. When in a time crunch, he is known to enjoy motoring out to Charity Island and spending the night in the harbor there.

When he’s not boating, John likes to play acoustic guitar. It’s something he enjoys, but he doesn’t play in front of people very often. John is a big history and trivia buff. He loves local, State and U.S. history. John is a fountain of knowledge when it comes to the history of Essexville. He has a large collection of historic Essexville photos, as well as a pretty good collection of SBYC photos. John claims to dabble in photography, however, he has quite a talent for capturing interesting images – many related to the water, of course.

John has a deep appreciation for the club and the friendships he’s developed here. When he joined the board, John did not anticipate becoming Commodore. However, like many of our past commodores, that path turned out to be a natural evolution of his service on the board.  John believes that leaders need to set the stage for the future and not just focus on what is needed right now. “I don’t know what Commodore Jennison thought in that first year, with the first 100 members of the club, but here we are in our 126th year. We need to be thinking about the 150th and 200th year by looking at the needs of our structure, buildings and grounds, and building excitement around our club and activities to cultivate new members to sustain the club.